The Cross Abbey that you see today was established in its current location around 1200 A.D having originally been founded by St. Brendan on what is now the island of Inishglora – the original island of Saints & Legends…

St.Brendan according to local folklore was lured to the island by a ‘heavenly force’ en route to his Christian discovery of the Americas. Local folklore also tells us that all sailing ships through the centuries dipped their topsails in homage to ‘St.Brendan the Navigator’ and his Abbey both on the island and later for the past 800 years in its current headland position you see in Cross Cemetery.

The reason for the relocation of the Abbey as due to two main reasons:

It should be remembered in these modern times that In the mind of the Norse people, raiding was very distinct from theft. Theft was deemed abhorrent and according to the Norse mythology as told in Snorra Edda, theft was one of the few acts that would condemn a man to a place of torment after his death. On the other hand, raiding was an honourable challenge to a fight, with the victor retaining all of the spoils… 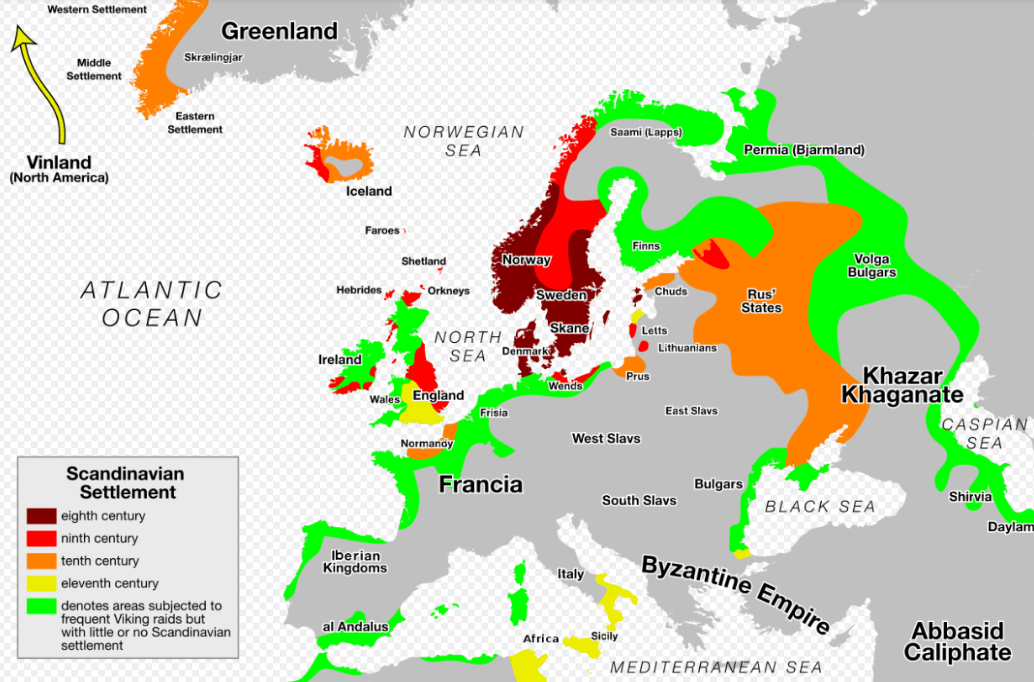 The monks then moved around the year 1200 A.D. to the building you see now. Originally the building was used as the store house for the monks where both monks and their provisions sheltered whilst waiting for their opportunity to be brought out to the island of Innisglora. It is very likely that the current building was constructed over a much earlier building of holy ancestry. The building was expanded and remodelled into a cross shape form. In the early 13th century Cross Abbey became a cell of the Augustinian Abbey of Ballintuber, with the Prior being able to appoint a subprior to Cross. This continued until the ‘Composition of Connaght’ under Queen Elizabeth where the monks were banished and Cross Abbey suppressed from being used. It is likely these monks continued to preach to the local population and may even have returned to preaching back on Inisglora ironically under safe keeping by the sea…

The sea though has relentlessly continued to erode away the top level sandy/loamy soil over the past eight centuries eventually ‘eating’ its way into the Abbey walls. Sea protection has been built and rebuilt over the past 50 years to preserve what remains of the Abbey and its graveyard after some harrowing stories of exposed bodily remains reported in old newspapers after some very severe winter storms of the past.

From the encircling wall  (photo here) you can see some of Ireland’s oldest Precambrian Dalradian metamorphic rocks exposed similar to those found in Connemara, Donegal and in the Highlands of Scotland  – see PDF

Myths & Legends – The Children of Lir

The island of Inishglora is also known through Irish ‘Myth & Legend’  as the resting place of the 4 ‘Children of Lir’.

Long ago there was a king called Lir. He lived in a castle with his wife and four beautiful children Fionnula, Aodh, Conn and Fiachra. Lir’s wife died and they all missed her very much. The king saw that his children were very sad and needed a mother, so he decided to marry again. Dearg, the High King, sent Aoife, his daughter, to be Lir’s new wife. Aoife was beautiful but she was not the kind-hearted person that Lir thought she was. At first Aoife loved the children, but soon she started to grow jealous of them. She knew that Lir loved them more that he loved her. She wanted the kings love all for herself so she planned to get rid of the children.

One summers day Aoife took the children to swim in Lough Derravaragh, when the children were playing Aoife took out a Druid’s magic wand and she cast a terrible spell on them. There was a flash of light and the children vanished. In there place was left four beautiful swans with feathers as white as snow. One of the swans opened its beak and spoke with Fionnula’s voice: “What have you done to us?”

When the children did not return home that evening, the king went to look for them beside the lake. But all he saw were four beautiful swans. To his amazement one of the swans call out. It was Fionnula. She told him what Aoife had done to them. Lir returned to his castle and pleaded with Aoife to reverse the spell, but Aoife refused. Lir became very angry and banished her from his kingdom. Lir spend all his time beside the lake talking to his children and listening to their singing. When Lir grew old and died the children were very sad.

After three hundred years had passed they moved to the sea of Moyle between Ireland and Scotland. It was very cold and stormy on the sea. When the time came they flew to Inis Glora, by now the swans had grown old and tired. Life was easier on the island, it was warmer and there was lots of food. Then one morning they heard the sound they had been waiting for. It was the sound of a Christian church bell. They swam to shore. Outside the church where the bells were ringing was a monk named Caomhog. He was stunned when he saw the four swans turn into four old people in front of him. Fionnuala put her arms around her brothers, they were so happy to be human again. They were now 900 years old. Caomhog listened to their sad story and baptised them, soon after they died of old age. He buried them in one grave. That he dreamt that he saw four children flying up through the clouds. He knew that the children of Lir were now with their father and mother.

The Cross Abbey that you see today was established in its current location around 1200 A.D. having originally been founded by St. Brendan on what is now the island of Inishglora – the original island of Saints and Legends…

St. Brendan according to local folklore was lured to the island by a ‘heavenly force’ on his travel of the seas. Local folklore also tells us that all sailing ships through the centuries dipped their topsails in homage to ‘St. Brendan the
Navigator’ and his Abbey both on the island and later for the past 800 years in its current headland position you see in Cross Cemetery.

Cross Abbey became a ‘cell’ of the Augustinian’s Abbey in Ballintubber in the 13 th century.

In Papal letters 1427/28 the abbey is called ‘Inysyluayr alias Cross’ at the ‘Composition of Connaught’ which in 1585 was an agreement between the Gaelic chiefs of Connaught & Thomond and on the other hand the Dublin Castle Administration on the setting of a single tax on land holdings instead of multiple levies and taxes.

During the reign of Elizabeth 1 (1533-1603), Cross Abbey was suppressed and the monks were banished from the Abbey.

In 1615 under the reign of James 1 the land was then granted to the MP Arthur Savage, Knight of Rhebane, Co. Kildare.

The poet Richard Barrett known locally as ‘Dici’ was renowned for his work consisting of both verse and song in mixed language of Irish & English. His works were generally satirical and include “Eoghan Coir”, “Preab san ól” and “Tarraingt na Mona”. He was active in the 1798 Rebellion and was a small farmer and school-teacher. He was born at Barrack Point near Elly Bay between 1735 & 1740. He died 8th December 1819 and is buried in Cross Abbey.

Another person buried in this graveyard is the famous parish priest Dean Lyons.

There are several other well-known people from the local area that are also buried in Cross Abbey, Father Pat Reilly, and the other great poet from Ardmore, Johnny Monaghan.